Warning: Declaration of ET_Theme_Builder_Woocommerce_Product_Variable_Placeholder::get_available_variations() should be compatible with WC_Product_Variable::get_available_variations($return = 'array') in /home/afrogirl/public_html/wp-content/themes/Extra/includes/builder/frontend-builder/theme-builder/WoocommerceProductVariablePlaceholder.php on line 8
 Raw Apple Cider Vinegar With the mother (1Liter) - Afro Girl Fitness

UK and EU Shipping Only

Our Apple Cider Vinegar has a great tasting, smooth apple flavour. The cider vinegar is made in small batches from freshly crushed apples which have been allowed to mature. ACV is suitable for all your cooking. Apple cider with the mother is known to reduce cholesterol, lower blood sugar levels, improve symptoms of diabetes and aid weight-loss 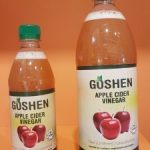 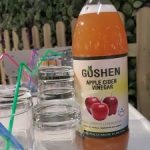