Diagnosed with breast cancer at age 22 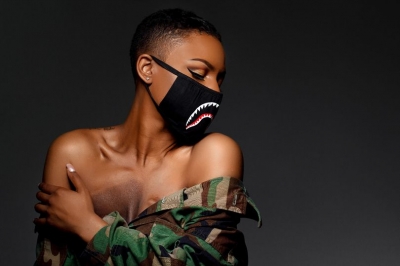 24 year old Jessica Florence is an Architecture student from Jacksonville, USA. She first detected lumps in her right breast in 2014 and was later diagnosed with stage three breast cancer in May 2016 at age 22.

She declared “death to this silent monster” adding “we will honor ALL fighters and ALL survivors year round! we will not be celebrated for just one month”. She makes a point, because the impact of cancer does not suddenly stop when treatment is over. Many cancer patients have to deal with the physical and emotional effects of their cancer for years after the all clear.

Going through cancer is difficult no matter a persons age. Young adults however face challenges that are different than people of other age groups. Being young is a time when most people are focused on their education, career, dating, and starting a family. Adding Cancer to the mix will require a positive support network to help you cope with the many highs and lows related to the illness.

Jessica tells The Mirror  “I was the youngest at the treatment centre and I would always go for my treatment in my red lipstick and my heels.

“For every treatment I would dress up. I think when you look good you feel good. Your body can detect stress and it can make it worse, I tried to stay positive and to meet treatment half way.”

It is said that patients who believe in God cope better with cancer. For Jessica this appeared to be the case as she expressed her  thanks to God for “the people you have put in my life”. After her mastectomy, she shared a video of herself on her hospital bed and captioned “you must also know that God is in control and surely moved this mountain”; also in a photo of her radiation scar, she stated “I’m telling you God is the ultimate healer”.

After she was given the all clear in October, she proudly took to Instagram to share her empowering post mastectomy pictures. She had a topless shoot with her photographer friend to celebrate as she “slayed breast cancer”.

Jessica shares with her audience about her altered body image after her mastectomy:

“When I was diagnosed at the age of 22, I never thought I would feel like the same woman. To the freedom and liberation I feel is like no other. You constantly battle that feeling of being pretty and hideous as you’re the monster who killed the only you you knew”.

“I am not ashamed and I’m also not perfect. I could be upset about how I look, but I’m grateful at how far I’ve come”

Jessica lost alot of weight and also shaved her hair bald during the course of her treatment; but she remained positive throughout the process. She told The Mirror: “Aesthetically you do not feel normal, you feel handicapped. But I have a different perspective now and that is because of the support I’ve had.

Jessica has been transparent with her audience and has put herself out there as a figure of strength and positivity. She tells her followers to “Enjoy life!, make memories!, smile often!, pray before bed!, find the positive in everything, and most importantly never give up!”