Gloria shares her story with us, words from her mum made her realise that she was overweight. A good level of determination and perseverance is what helped her along her weight loss journey

I have always been fat from secondary school and I wasn’t really bothered about it cause I didn’t see the need to be bothered. But one night my mom woke me up to tell me “you are just too big” this a woman who keeps my confidence level high so I said to myself if my mom can say it then I need to work on myself. I started little by little eating healthy meals and in portions also drinking healthy basically only water, my workout routine was confusing at first until I wrote a plan for it.

I skip 1000 every morning, I do my upper body and lower body exercises, I target specific areas of my body with specific exercises e.g. Russian twist, sit-ups, lunges etc. I have never jogged before not for a day. My starting weight was about 121kg and I’m currently 78.5kg but I have a target weight goal of 70-75kg it took me 7months to reach my current goal. The hardest part of my transformation was for me to change my mindset I still believed I was fat I had to work on my mind thoroughly and tell myself I am beautiful and I have made good progress. I feel so confident and happy I have come out of my shell and I more lively and playful. Thanks has to go out to my mom and friends for their enormous help to encourage me towards my goal. Losing weight made me realise that you can do whatever you want to do just by determination and perseverance I looked at the long term goal not short term and it worked, anybody can do this. 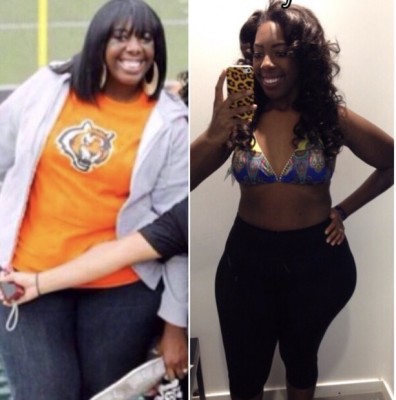 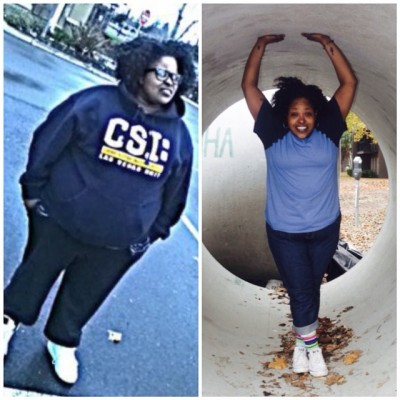 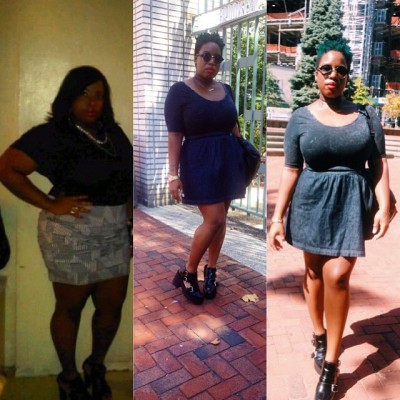