Warning: Declaration of ET_Theme_Builder_Woocommerce_Product_Variable_Placeholder::get_available_variations() should be compatible with WC_Product_Variable::get_available_variations($return = 'array') in /home/afrogirl/public_html/wp-content/themes/Extra/includes/builder/frontend-builder/theme-builder/WoocommerceProductVariablePlaceholder.php on line 8
 He’ll say he “pulled” me but we both know the truth. He might’ve took his phone out but I put my number in it! - Afro Girl Fitness

He’ll say he “pulled” me but we both know the truth. He might’ve took his phone out but I put my number in it! 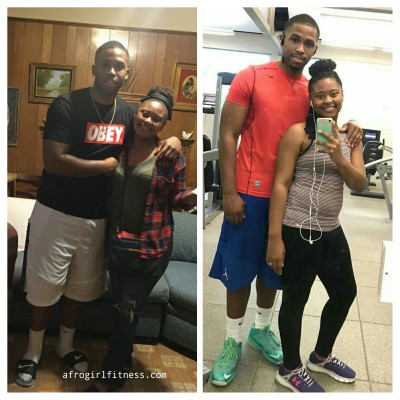 Weightloss story from @changingourfuture
How long have you both known each other and where did you meet?
We met May 21st, 2011, that was the best day of my life; that was day I met my best friend, Fiance & my #1 Fan. It was the Crawfish Festival in Spring, Texas, He was with his friends I was with mine if you let him tell the story he’ll say he “pulled” me but we both know the truth. He might’ve took his phone out but I put my number in it! By far that has been one of the best decisions I’ve ever made!!
Whose idea was it to start on your fitness journey and why?
It was Stephen’s idea, He was very frustrated with himself he knew deep down inside we weren’t giving 100% effort. September 28th 2016 he came to me and said “Babe today is the last day you will ever see me not striving to be the best I can be!” & He was determined to make our family and myself proud. To be an example for others. I instantly said we are in this together so lets shock the world together!
What did you do to encourage each other and which of you mostly keeps the other in check?
Stephen is the one that keeps us in check. We both are very uplifting and always let each other know you can do anything you put your mind to, but it’s up to the both of us to challenge each other and strive to get better everyday. There were so many times I saw myself giving up but he would never let me. So yeah, he was definitely the motivator and still is…That’s why I love him! 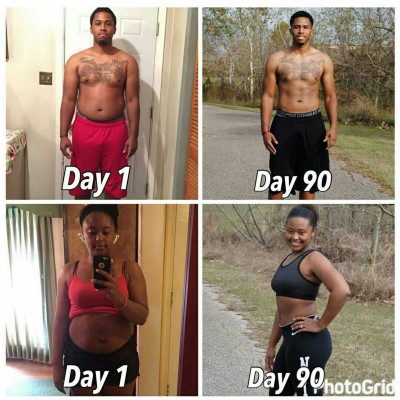 What lead to you to want to make a lifestyle change?
It was a very tough time mentally for the both of us we were struggling with our fnances, school and living situation. Also our clothes continued to get tighter and tighter, and we had family members throwing slick comments like “Oh, what have ya’ll been eating?” It just began to take a toll on us so we decided to try something different.

What did you do to achieve your results and tell us about your work out routine?
We made a commitment to work out and eat healthily for 90 Day’s straight we promised each other we wouldn’t make any excuses or let mistakes we made along the way stop us from completing our goal. Everyday we did some type of Cardio/Abs, we did 1-2 miles a day and rotated weightlifting upper/lower body.
How did you change your eating habits?
We completely changed our eating habits, we stopped eating McDonalds and all other fast food restaurants, junk food and soda. We  realised that we wasted so much money on unnecessary  fast food everyday.  Meal prepping became a life saver it saved us money and from making bad choice. We ate a lot of chicken breast, fish, brown rice, vegetables, fruit and a ton of water.
What was your starting weight and what is your current weight?
Stephen’s starting weight was 275 pounds, And his current weight is 215 pounds.
My starting weight was 185 pounds, And  I currently weigh 152 pounds.
How long did your transformation take?
We started our transformation September 28th 2016, We made a commitment to work out for 90 days and here we are today with a combined  loss of 93 Pounds
What was the hardest part about your transformation? How did you overcome it?
The hardest part about our journey were eating habits, Its a tough transition to go from eating fast food, drinking soda & eating anything in site to Meal prepping every week and working out everyday. The most important thing we’ve learned is anything you put your mind to you truly can accomplish it. Put In the work, believe in yourself and the “Sky Is The Limit For You!”
How have things changed with you in general in health? Relationship? Self?
Our general health is amazing we have gone from not being able to run 1/2 a mile straight to training for our first 5K marathon this upcoming June. I would definitely say our confidence level is at a max right now; we never would have thought making a lifestyle would change the way we treated our bodies. Our relationship was already great with what we consider minor difficulties. With us having to rely on each other we began to see major improvements in our communication, trust and accountability. We are so excited for our special day June 10th 2017!!!
Who or what helped you along your journey?
We helped each other everyday, when either of us were having a bad day, the other person uplifted the other and we always reminded each other why we started. We also got motivation and inspiration from other people that were on thier journey as well. Our favorites are 70lbs Of Life, Brix Fitness, Ash Pointe, Danny_Getsfit & Obese_to_Beast .
Is there any product that helped you or anything you would like to recommend?
We didn’t use any supplements Everything was from Hard work and Great eating habits.
What piece of advice would you offer other couples trying to get fit?
The best advice we could share is “Trust The Process” The journey is going to be tough, your’e going to have good & bad days but remember If it was easy everyone would do it. Just remember everyone has a story So what’s yours going to be? 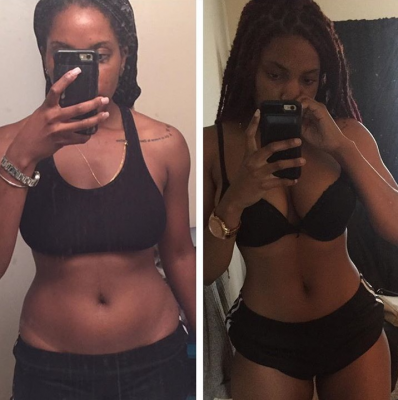 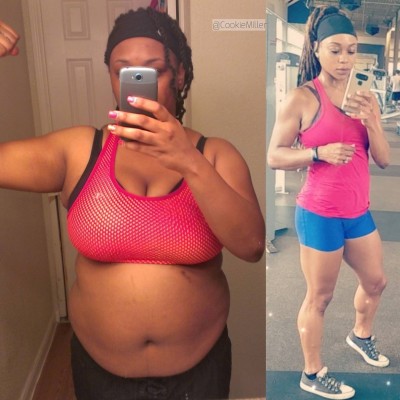 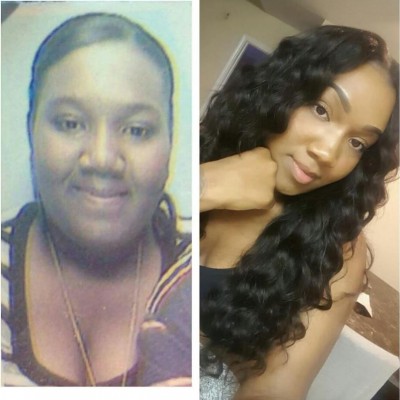 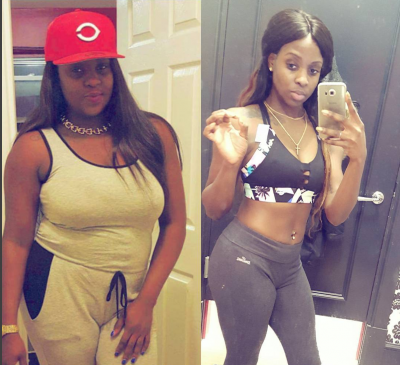